STATE OF THE NATION

The latest SEEK Employment Report showed a decline of 8.9% in jobs advertised compared to April 2018. Whereas, the average advertised salary across Australia rose 4.1% year on year.

Kendra Banks, Managing Director, SEEK ANZ comments: “From 2014, we saw consistent growth in job ads which reached a ten-year peak in April 2018. Due to a range of factors, including easing of the macroeconomic conditions, the rate of job ad growth has cooled since April 2018. This combined with the perfect storm of public holidays, with ANZAC Day and Easter seeing many employees taking increased annual leave and the upcoming election, resulted in April 2019 job ad figures being notably down year on year.” 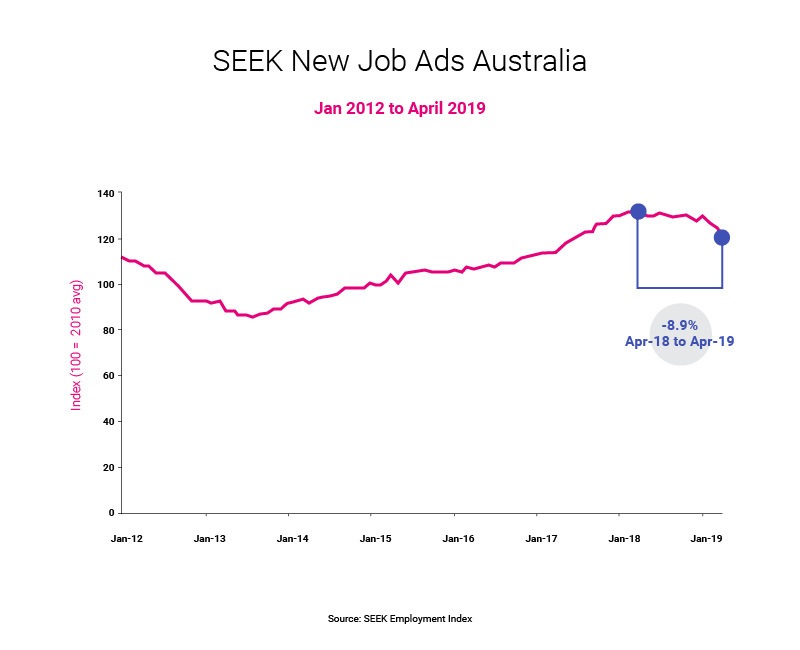 Education & Training topped the list in April 2019 for sectors showing the most growth. Within this, roles for Tertiary Teaching (+33%) saw the greatest growth, followed by Secondary Teaching (+21.1%), Early Childhood (+13.7%) and Childcare and Outside School Hours (+10.5%).

Kendra comments, “Education & Training and Healthcare & Medical are less susceptible to economic cycles as these sectors are on a long run structural uptrend. The uptrend is fuelled by population growth, international student demand and greater industry demand for qualifications. This means these sectors are likely to top the leaderboard during periods of softening economic growth.”

STATE OF THE NATION: SALARY

Despite the slowdown in job ads, the average advertised salary across Australia in April was up +4.1% on last year. We continue to see strong growth in salaries across Queensland (+4.6%), NSW (+4.5%) and WA (+4.2%), with all states showing an increase. 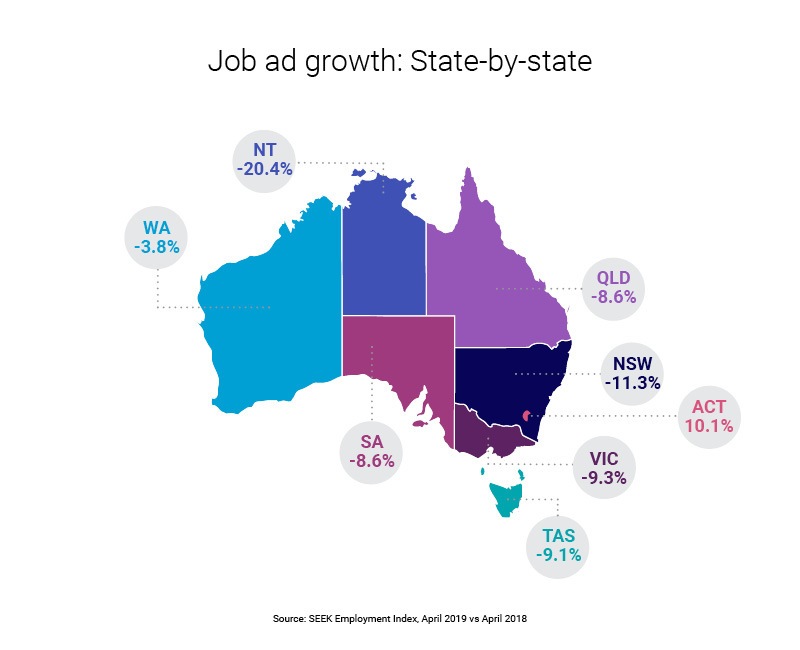 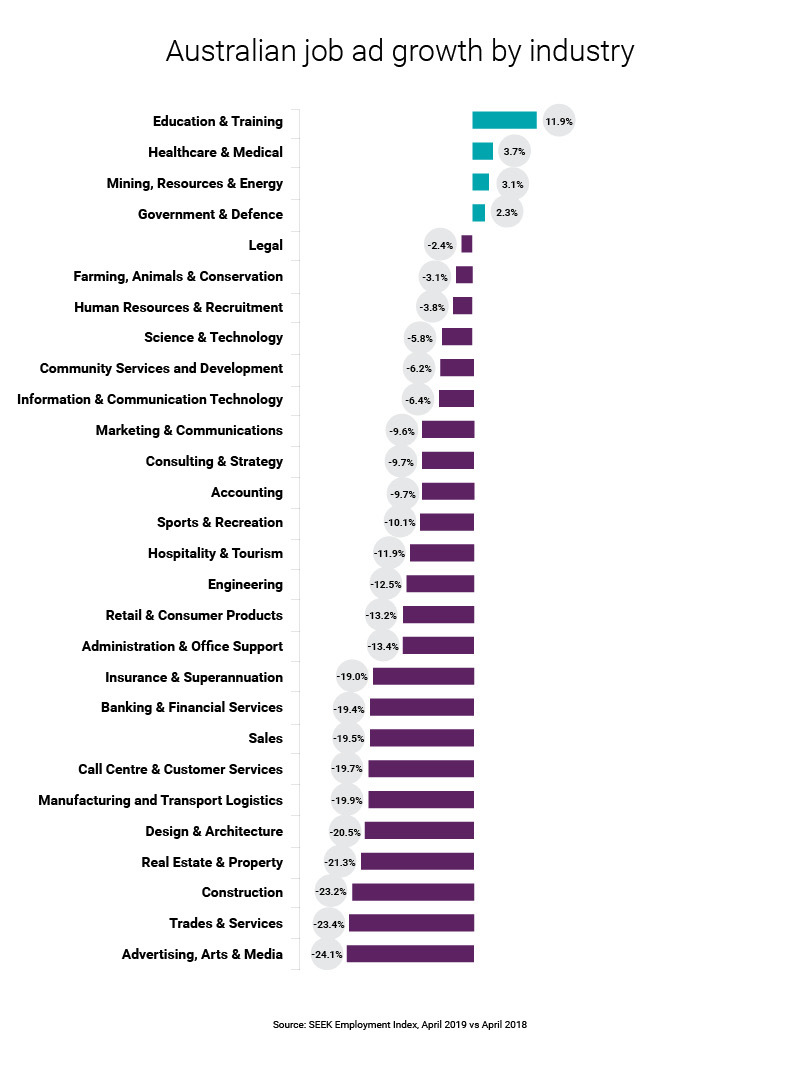 NOTE: When reporting SEEK data, we request that you attribute SEEK as the source.