STATE OF THE NATION

Community Services & Development leads as the industry with the highest job ad growth in January 2020 and December 2019 up 15.7% and 16.8% year on year respectively.

“Whilst year on year job ads for January 2020 were down, we are seeing positive month on month growth, pointing to a potential improvement in the job market.

January marked the second consecutive month of positive month on month job ad growth at 1.6%, backing up the 0.2% rise in December. However, after Australia’s devastating bushfire season, and the uncertainty surrounding novel coronavirus, we expect short term growth to remain challenging as sectors such as Hospitality and Tourism, Agriculture, Forestry and Fishing, Retail and the Higher Education sector remain exposed.

In the states, Western Australia shows higher than average growth in the Community Services & Development industry, up 16% year on year to January 2020. Regions such as Mandurah & Peel, Bunbury & South West, Albany & Great Southern and even further east in Kalgoorlie Goldfields and Esperance are all contributing to job ad growth.

Queensland’s Community Services & Development industry is also strong, up 11% year on year to January. Job opportunities can be found across Brisbane to the Sunshine Coast, to Western Queensland and further north in Mackay & Coalfields.

STATE OF THE INDUSTRY: HOUSING & CONSTRUCTION

Kendra Banks continues to comment: “Whilst our 2020 January data shows a further decline in job ads for housing related sectors, such as Construction, Trades & Services, Real Estate and Property, we will watch closely to see if this is the bottom of the downward trend, as we have seen signs of hiring activity stabilising in our data.

This prediction coincides with the Australian Bureau of Statistics latest building approvals, which were up 2.7% year on year to December 2019. There may be further support to underpin residential hiring activity as reconstruction efforts commence in Australia’s bushfire affected regions, and communities begin rebuilding over the course of the year.

STATE OF THE NATION: SALARY

The average advertised salary across Australia was up 1.7% compared to last year (y/y to January 2020) at an average of $88,746. Salaries grew across every state and territory, except Northern Territory (down 0.5% y/y to January 2020).

In December, the average advertised salary across Australia was up 2.3% compared to the previous year (y/y to December 2019) at an average of $88,717. Salaries grew across every state and territory, with South Australia coming in at number one in terms of growth, with an average salary of $83,554 (up 6.7%). 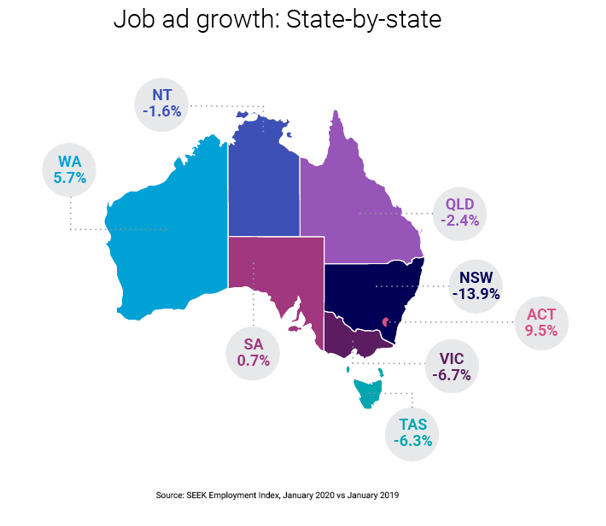 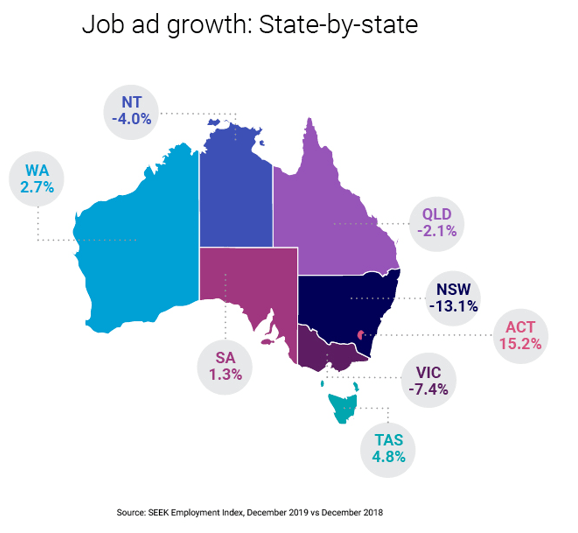 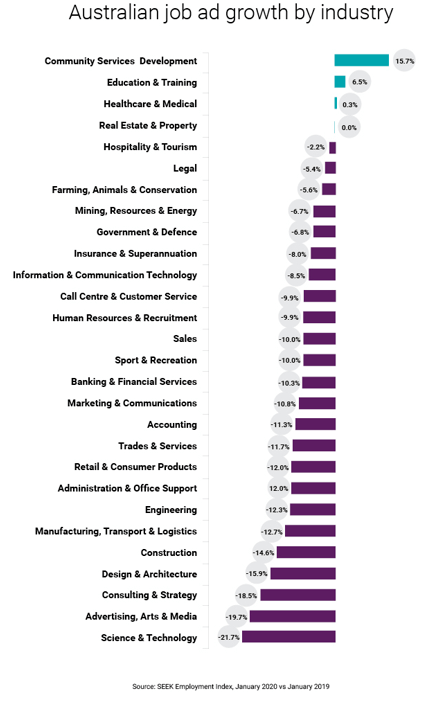 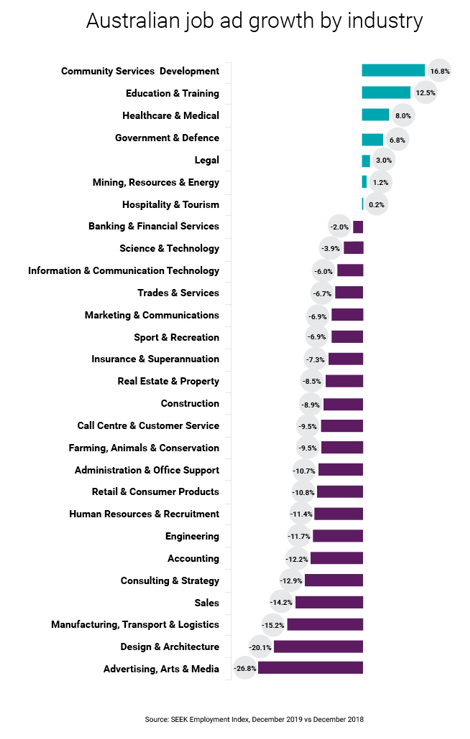 MEDIA NOTE: When reporting SEEK data, we request that you attribute SEEK as the source.